Empire Flippers Vs Flippa Review - Which Is Best For You

11/24/2022 14:14:25 +0000
The content transaction business has grown more and more every year since its inception, and while it does not work for everyone, a lot of people have managed to make some great money doing this.
Some people are able to make millions selling domains without even knowing that much about web design. 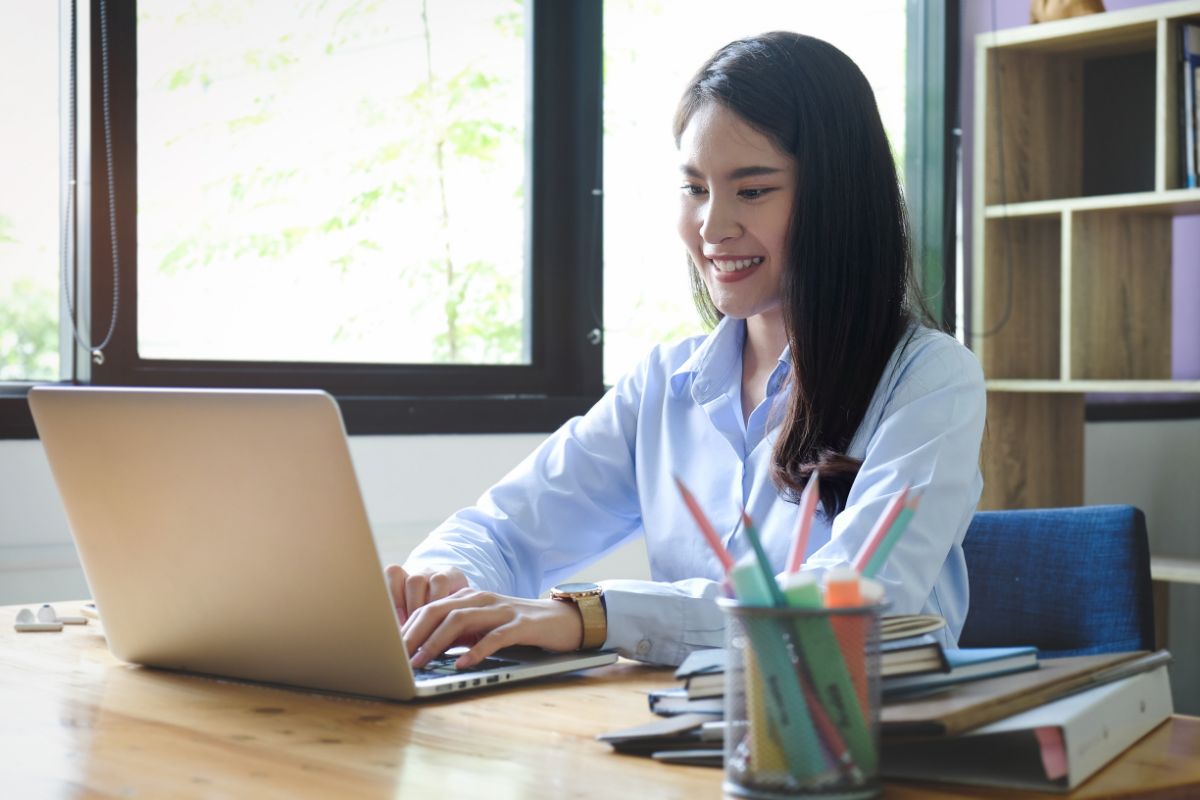 The main way which people use to sell these domains are different marketplaces online which allow people to sell their domains.
Two of the most popular services in this category are Empire Flippers and Flippa.
Both of these services are very popular and do serve a slightly similar purpose. But which is better? And which will work best for you?

So, if you are looking to use Empire Flippers or Flippa, but you are unsure which of these services will be a better fit for you, just keep reading and find out which will be better!

Overview
When it comes to looking at how many users each service has, Flippa is more impressive.
This service has a user base of over 1.5 million, compared to this Empire Flippers only has 195,000.
This is of course is still impressive, but when compared to the massive amount which use Flippa it is worth noting.
When it comes to the amount made in sales, the difference is less obvious, Flippa of course make more with $375 million in sales, whereas Empire Flippers gets $280 million.
This is a lot closer when considering the much smaller amount of users.

When you are using Flippa to purchase a website, after this you will need to work out a lot of the details with the seller, whereas on Empire Flippers there will be a team dedicated to the website transfer which is a feature which many users of Empire Flippers enjoy.

Types Of Businesses
Flippa lets you purchase a wide variety of different content and businesses, this includes; SaaS businesses, content sites, eCommerce websites, mobile apps, as well as service businesses.
Comparatively, Empire Flippers is a bit more niche in comparison, and you are mostly limited to eCommerce, as well as content sites.

It is also worth pointing out that the content which you purchase on Flippa is much more likely to be cheaper than the content on Empire Flippers.

This explains the closer numbers when it comes to sales.

On Empire Flippers, most of the content you will be finding is going to be at least $25,000 in value, and you will only be able to sell businesses which have at least $500 monthly profits. 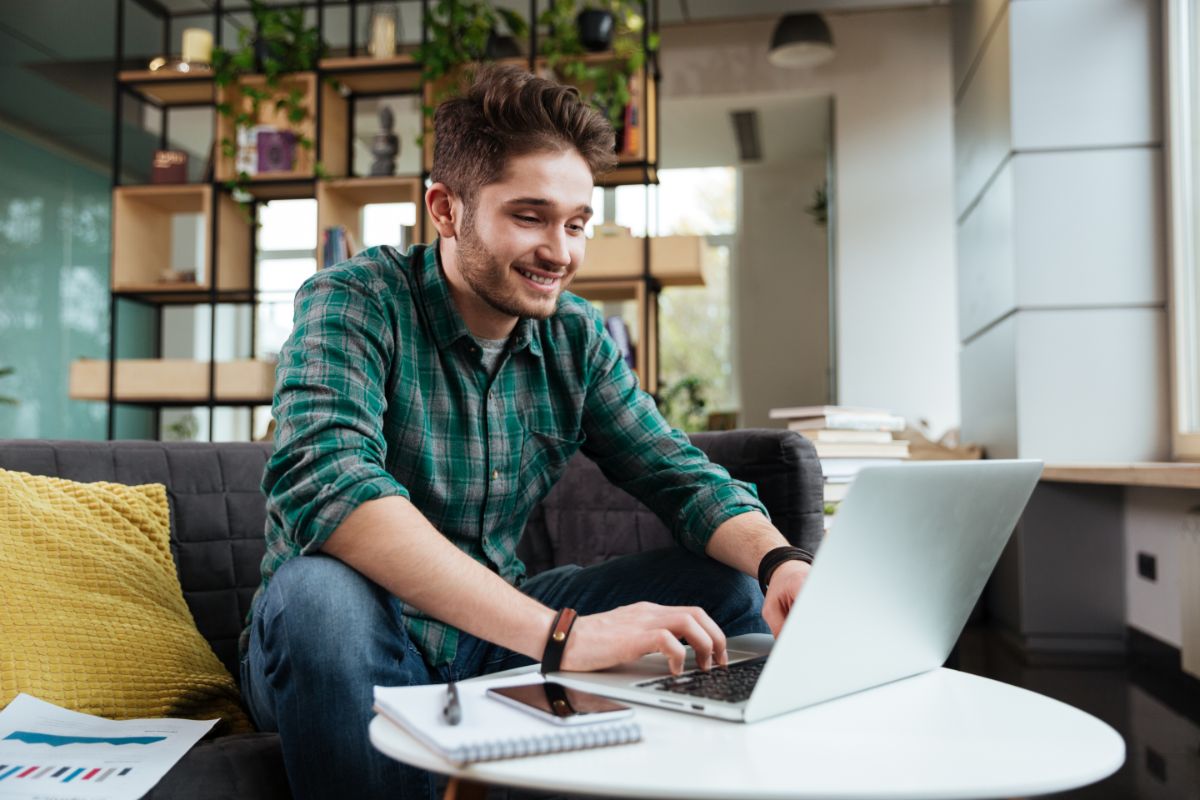 Commission Structure
ith any website selling products like this, the fees for using the marketplace are important and they can make the offer much more viable or not.
These will be taken out of the seller's proceeds, so they are worth keeping in mind.

Hopefully this puts into perspective the types of deals being made on each service.

Information About Listings
URL
The URL is usually public on Flippa, but the seller can make it secret for $100, and if a buyer wants to see it they will have to sign an NDA.
On Empire Flippers the URL is automatically hidden and if you want to view it you will need to have proof of funds which will let you view information like the URL, analytics, and earning statements.
Traffic
On both sites you will get to see the traffic data from each site which will be provided by Google Analytics.
You will have to message the seller to get this information on Flippa, whereas on Empire Flippers you will have to unlock this data using the aforementioned proof of funds method.
Revenue
It is worth noting that on Flippa the earnings are much easier to fake, however Flippa has the power to verify AdSense using Google API.
Empire Flippers is a lot more official with documentation of earning needing to verified by the vetting team.
Other
Empire Flippers gives you access to audio interviews with the sellers.
You can pay $1500 on Flippa for the due diligence service which will verify information about the site, but this is not included in the cost like it is on Empire Flippers.
However, it is worth noting that both services are incentivized to get a sale, so doing third party research is recommended, especially for significant purchases.
Contacting Seller
Flippa gives you the ability to message sellers directly or comment on listings, whereas on Empire Flippers you can message on the site, or for listings over $100,000 you can schedule calls with the owners.
Scamming
As previously mentioned, there is occasionally scam-adjacent behavior on Flippa where sellers can fake traffic or earnings, however, there is work being done by Flippa to limit this.
Working with Empire Flippers, this is very unlikely to happen because of all the verification needed to make listings.
Buying Process
On Flippa you will be sending the cost using an escrow account, or using a wire transfer, then you will get the assets, you are given a week to approve or reject these assets, and if you keep it the funds will be released.

You will then receive the site and get a 2 week period for inspection.

If you find the site does not earn up to 50% of the revenue which was advertised on the listing you get the option to reverse or renegotiate the deal.

Post Sale Support
On Flippa the relationship between the buyer and seller is up to them after the website is sold and keeping up communication with buyers is completely optional for the seller.
On Empire Flippers you will have a team which is dedicated to website transfer and you will not need the buyer or the seller to help, however, there is a 30 day support period after sales made on Empire Flippers.
Summary
If you are looking for deals, the Flippa is the best place to go, but you need to be wary for scams.
If you want something a bit more high cost but low risk, Empire Flippers is the way to go 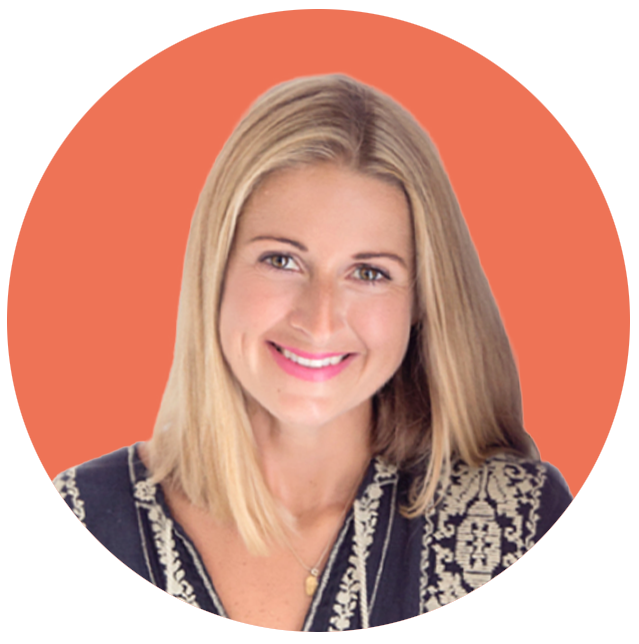 About the Host
Sophie Howard is the founder of Aspiring Entrepreneurs, a community designed to help people develop the skills and confidence to build a business and a life that serves them. Sophie began online in 2013 with an Amazon firm, which she sold for more than $1 million in 2015.
Sophie has lectured on stages all around the world, encouraging and teaching other ambitious entrepreneurs. She has established instructional programs educating thousands of students how to sell online, in addition to releasing over 1000 products.
Sophie has also written a book titled "Aspiring Entrepreneurs: A Guide to Finding Your Best Path to Financial Freedom."
Connect with Aspiring Entrepreneurs: 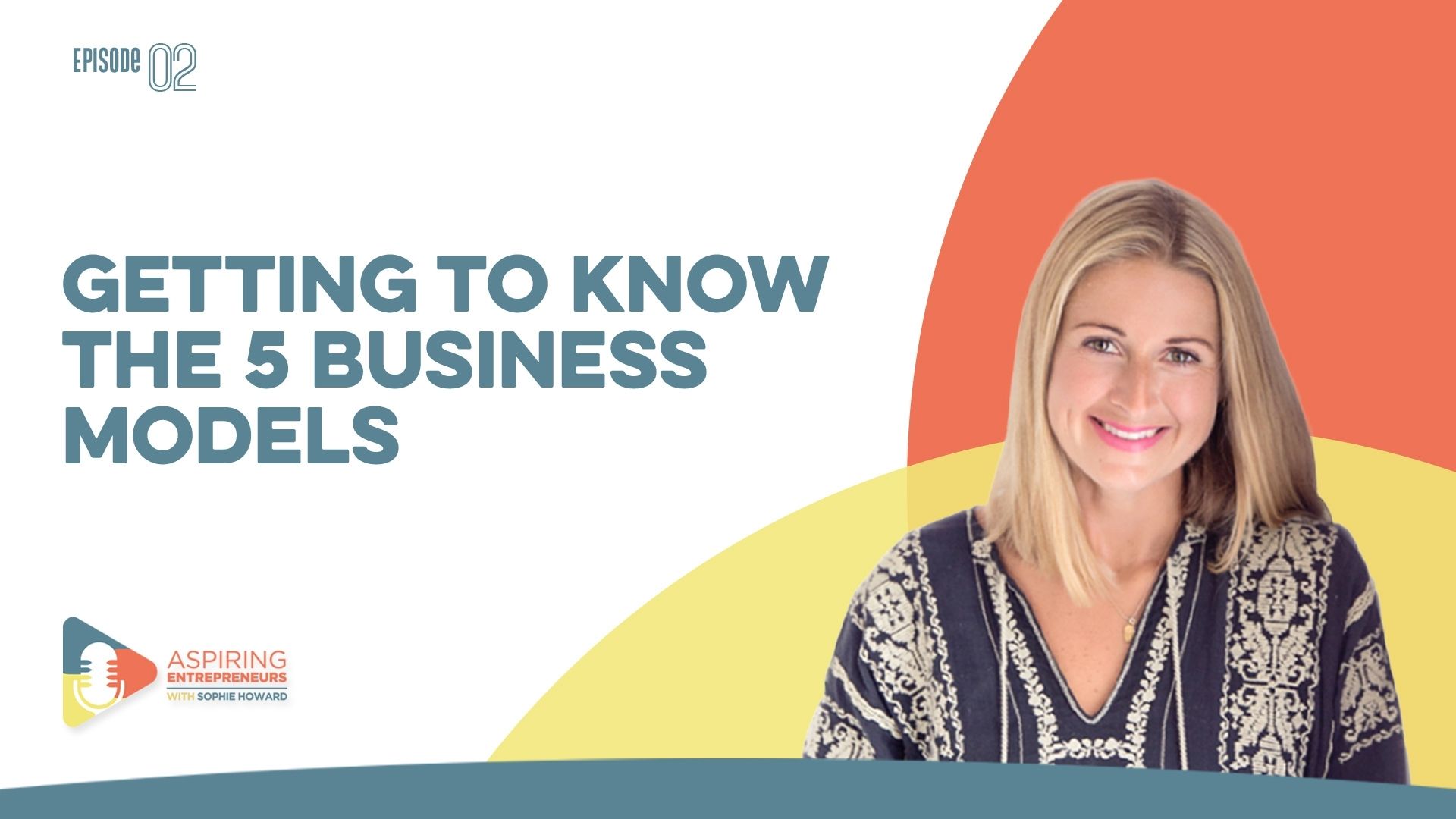 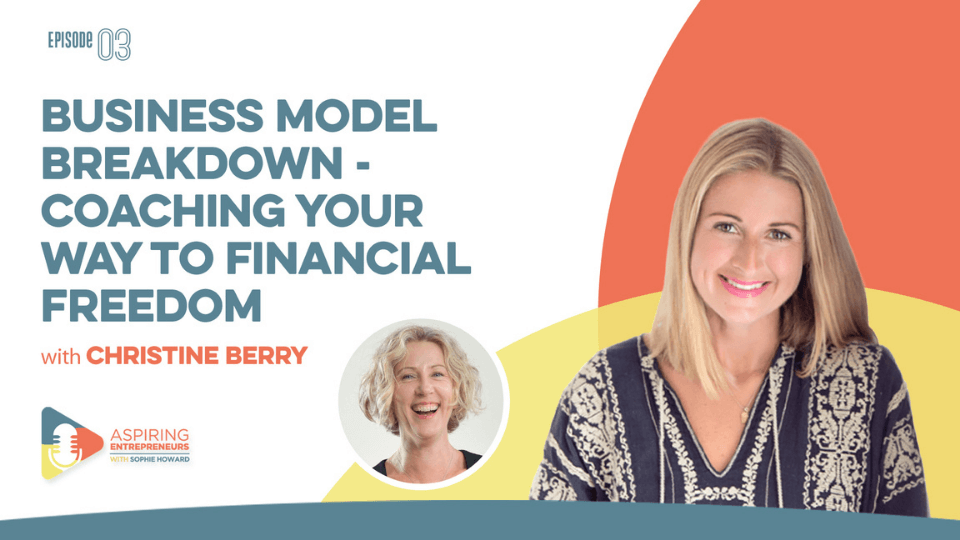 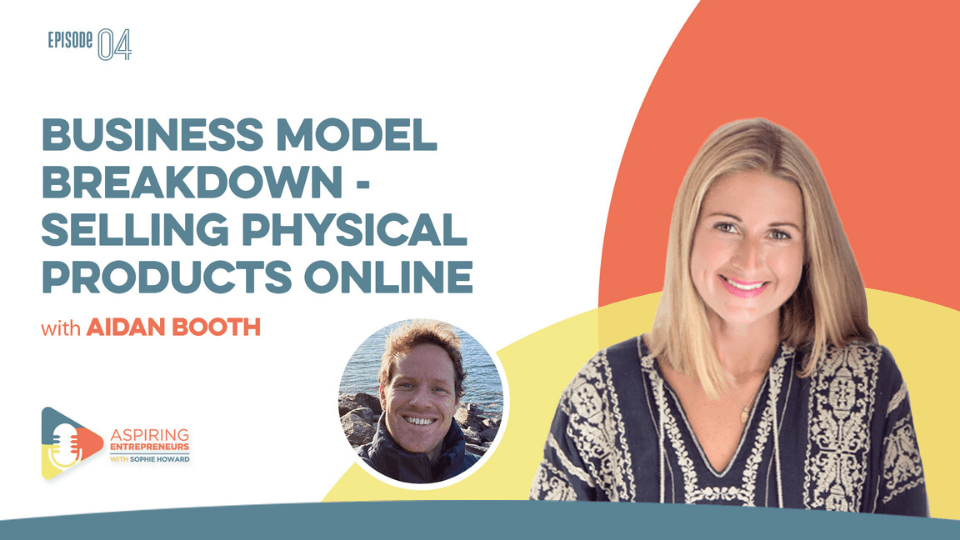 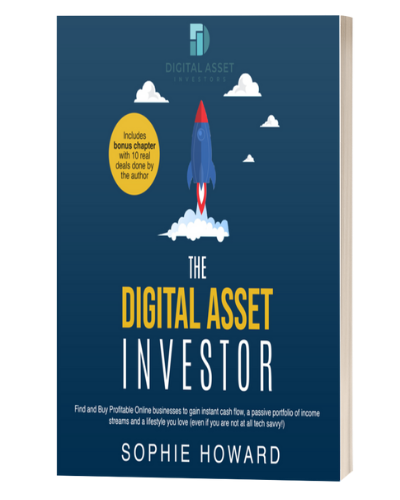 Free eBook
Find and buy profitable online businesses to gain instant cash flow, a passive portfolio of income streams and a lifestyle you love (even if you aren't tech-savvy!)

Get your copy of The Digital Asset Investor eBook free.